1. Set the parking brake and block the wheels. Place the transmission lever in park. You can verify its position by checking the PRNDL indicator inside the vehicle or trying to move the vehicle.   Next, access the shift cable end.  The SB1Kit™ repairs the exterior end of the cable nearest the transmission.  If your bushing is broken, the cable will probably be loose or hanging down slightly.

2. If there are any remains of the old bushing, remove them from the cable end with a small screwdriver. 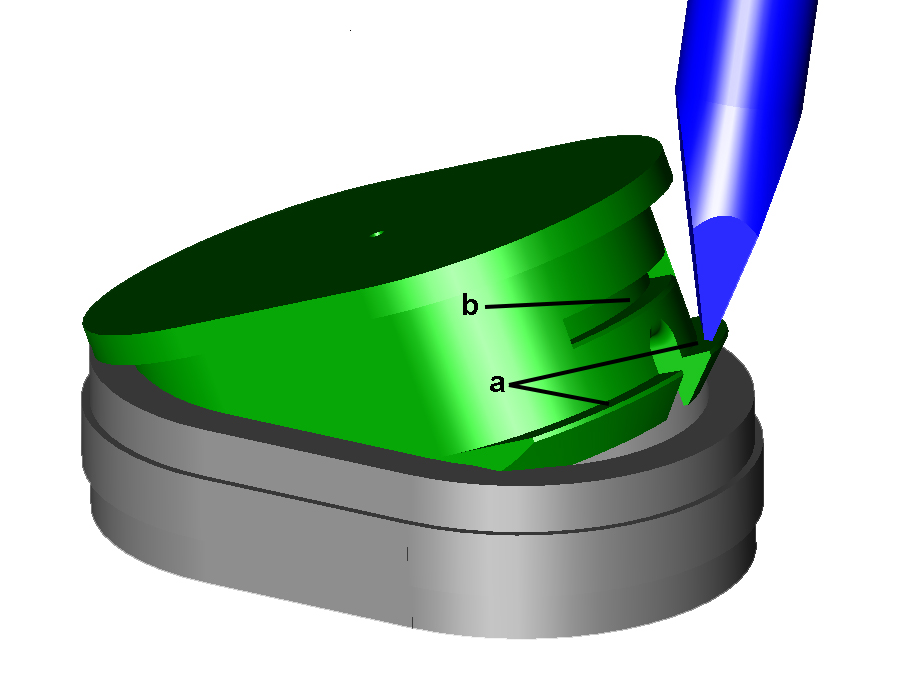 4. Use a flat screwdriver to gently depress both ears (a) on the bushing while pressing down on the top of the bushing.

5. After depressing both ears, place the screwdriver in the slot (b) and continue to press the bushing into the cable end.

7. Apply a small amount of grease to the shift lever ball and reattach the bushing to the lever.

8. Before starting the vehicle, test the shift cable by moving it from Park to first gear and back several times.